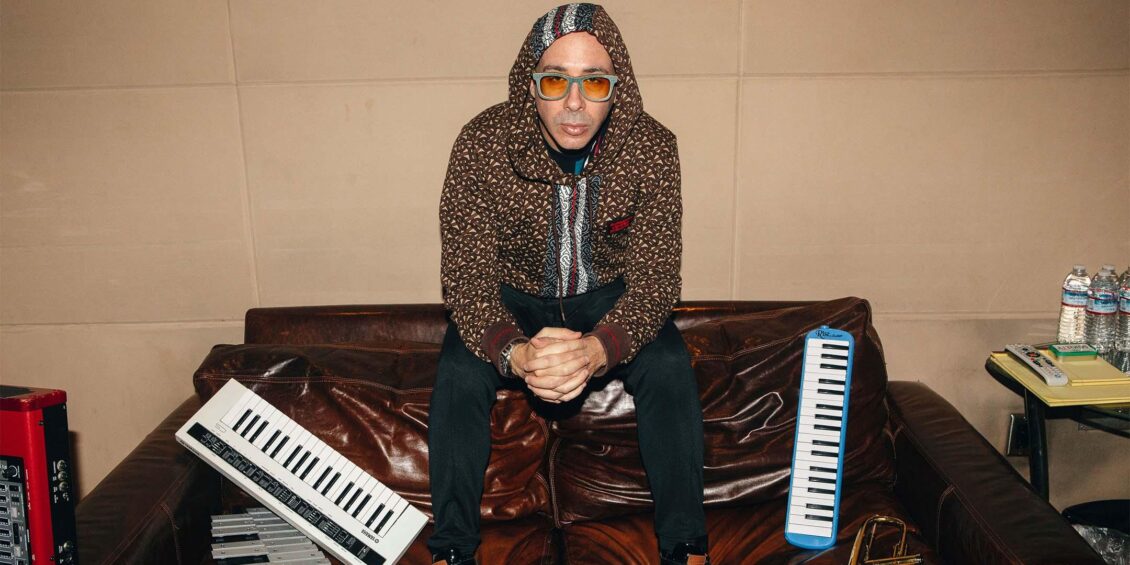 Doors open at 7pm. Concert starts at 7:30pm. There will be a short artist interview prior to the live performance. Bar area will be open on the outdoor patio. Two drinks included with ticket purchase.

Fresh off winning a Grammy for Kanye’s “Hurricane”, Sam Barsh visits the Just Jazz Concert Series at Mr Musichead Gallery in Hollywood with a killer band and a very special guest!

Bringing his experience as a top-call keyboardist on the NYC jazzscene to his chart-topping collaborations with Kendrick Lamar, Anderson .Paak and Kanye West, Sam Barsh has successfully been on the front line of re-incorporating sophisticated harmony into today’s popular music.

Barsh has written and/or produced over 200 commercially released songs, with 17 Gold and Platinum certifications and 4 #1 albums on the Billboard 200. He co-wrote the Kanye West feat. The Weeknd and Lil Baby single “Hurricane” which reached #1 on multiple charts, including the Rolling Stone singles chart and the Billboard streaming and R&B/Hip-Hop singles charts. Barsh also co-wrote the smash Aloe Blacc song “The Man,” which sold 4 million singles worldwide and reached #1 on the UK Singles Chart and #8 on the Billboard Hot 100.

His work as a songwriter and keyboardist on Kendrick Lamar’s Platinum-certified album “To Pimp A Butterfly” won 3 GRAMMY Awards and a nomination for Album of the Year. Barsh was nominated for the 2021 GRAMMY Award for Best R&B song as a co-writer on Tiana Major9 and EarthGang’s single “Collide” and a 2022 GRAMMY for album of the year as a songwriter on Kanye West’s “Donda”. His work on Anderson .Paak’s groundbreaking album “Malibu,” BJ the Chicago Kid’s “In My Mind,” Ledisi’s “Let Love Rule” and on the “Spider-Man: Into the Spider-Verse” soundtrack has garnered an additional 4 GRAMMY Nominations. Other notable studio credits include songs with A$AP Rocky, Logic, Norah Jones, Eminem and Macy Gray.

Barsh has released a number solo projects: the “Sam Barsh and the Deli” Spotify Sessions which has amassed over 19 million streams; “The Nine,” an album commissioned by the Skirball Center for their “Notorious RBG: The Life and Times of Ruth Bader Ginsburg” exhibit; and a series of instrumental beat compilations.

Known for his versatility and dynamic performances, Austin plays the drums professionally in all styles of music, and is now one of the most recognized and sought-after drummers in Southern California. He has toured and recorded with many established artists in the entertainment industry, including Lauryn Hill, Carlos Santana, Robbie Krieger, Terrence Howard, India Arie, Roy Hargrove, and more recently Willow Smith, Gwen Stefani, Patti LaBelle and Dave Chapelle, to name a few. He has composed for and appeared on numerous TV and film projects, including “Step Brothers” (Sony), “Studio 60” (NBC), “E-Ring” (NBC), “One on One” (UPN/CW); The Cloverfield Paradox (Netflix) and “Truth or Dare” (NBC/Universal). He has also travelled Iraq and Afghanistan, performing double-duty as tour manager and drummer, entertaining US Troops on numerous Army bases.

Tony is the Drummer, Engineer and Producer for the acclaimed Los Angeles- based group, the West Coast Get Down (WCGD), a collaborative group of musicians born and raised in Los Angeles. Apart, they are some of the most sought after musicians in the world; together they are uninhibited innovators moving effortlessly through multiple genres of music. He Produced, Engineered and was the Drummer on the critically acclaimed WCGD albums: The Epic by Kamasi Washington, a triple CD named one of Rolling Stone’s and Pitchfork’s “best albums of 2015”, with The Epic Tour selling out arenas worldwide for the past three years; and UPRISING, by vocalist/upright bassist Miles Mosley, an album that debuted in Jan 2017 at #4 on the Billboard Contemporary Jazz Chart, #2 on the ITunes Jazz Album charts and featured on Apple Beats 1 Radio. He also engineered and performed on trombonist Ryan Porter’s ‘The Optimist’, pianist Cameron Graves’ ‘Planetary Prince’, and Kamasi Washington’s 2017 EP “Harmony of Difference and 2018 release ‘Heaven and Earth’. He also partnered with Kamasi Washington as recording engineer and performer on the Emmy and Grammy Nominated music score for the Netflix documentary – “Becoming”, A chronicle of former first lady Michelle Obama’s life via her book tour

Currently Tony Austin is touring sold out shows and festivals with the WCGD world wide for Kamasi Washington’s critically-acclaimed new album ‘Heaven and Earth’ (which along with being the drummer he also engineered). The tour started with both weekends at the acclaimed Coachella Festival. When off the road Tony is also currently Producing Miles Mosley’s second album for Universal Music Group/Verve and a duo project, BFI featuring Miles and himself.

Kaveh Rastegar is a Persian-American bass guitarist, record producer, songwriter and composer. Rastegar was born in Montreal and raised in Denver, Colorado. He currently resides in the Los Angeles area with his family. For over twenty years, Kaveh Rastegar has been an integral part of a broad range of musical projects collaborating as a bass player, songwriter, or producer. He is well known as the founding member of Grammy nominated group Kneebody, for many years he’s also been bassist with John Legend (appearing alongside him in the musical La La Land). He’s recorded with artists such as Bruce Springsteen (also appearing in his 2019 film “Western Stars”), Ringo Starr, Shania Twain, Ligabue, Rufus Wainwright and Beck and in films such as Daddy’s Home, The Big Sick and Walk Hard. He also served as musical director with Sia appearing with her on Saturday Night Live. As a songwriter he has written with artists such as Bruno Mars, De La Soul, Ciara, Cee-Lo Green, Meshell Ndegeocello and Kimbra. Rastegar co-wrote the Grammy Nominated single “Collide” by Tiana Major9 and Earthgang from the film Queen and Slim. He has co-written with and co-produced many songs with R&B artist Sabrina Claudio including her singles “Truth Is” and “Messages From Her” as well as co-writing and producing her Christmas album Christmas Blues which also includes features from Alicia Keys and The Weeknd. He also co produced and wrote a number of songs on Cynthia Erivo’s latest album “Chapter 1, Vs 1”.

In addition to his work collaborating with other artists, Rastegar has written, produced and released his own albums as an artist including “Light of Love” (2018) and “Haunted This Way” (2019). 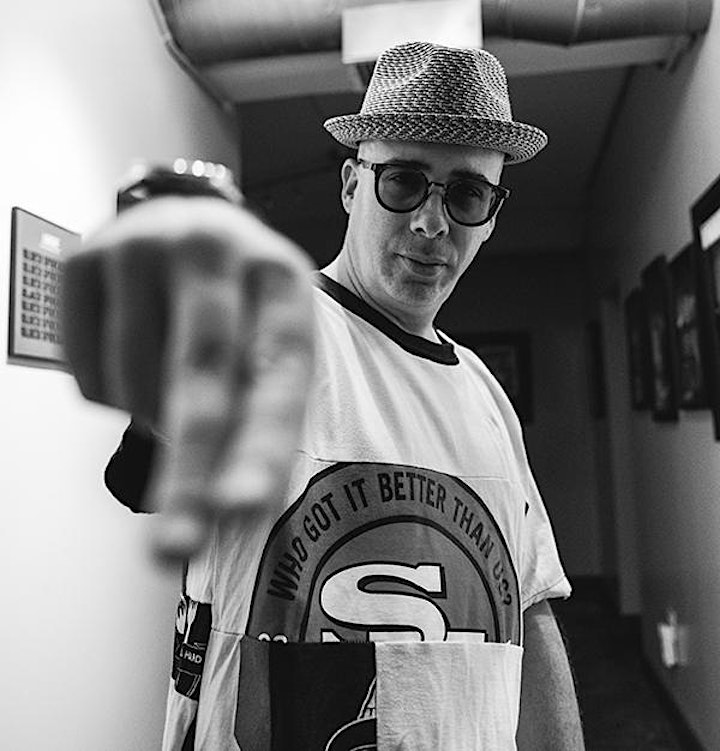 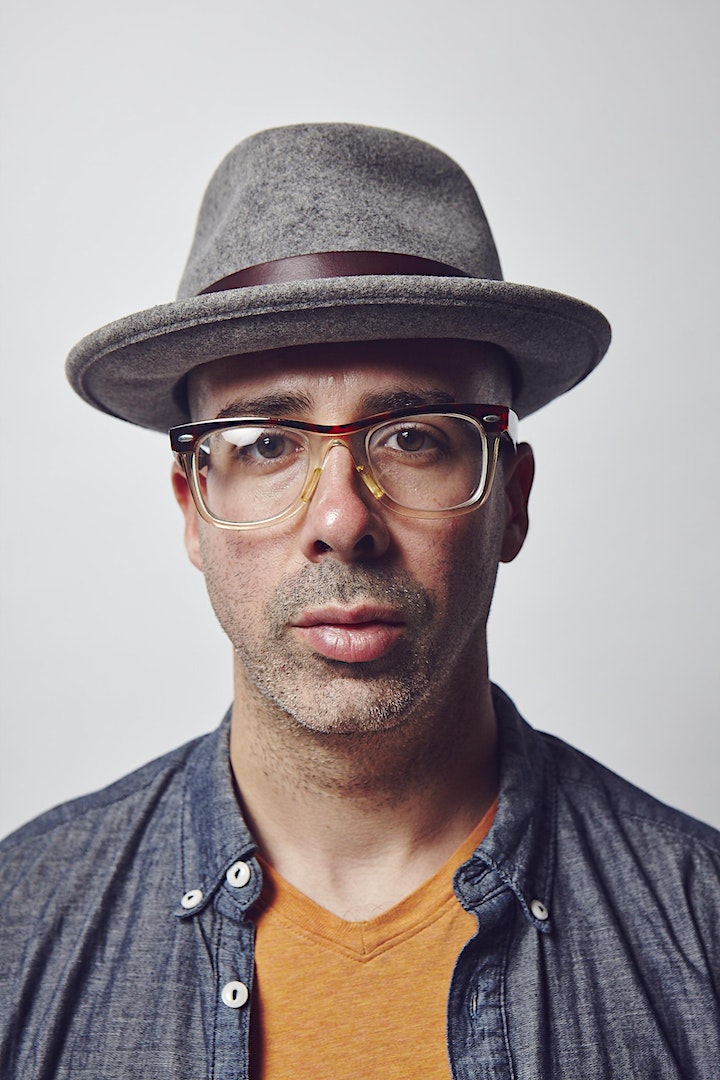 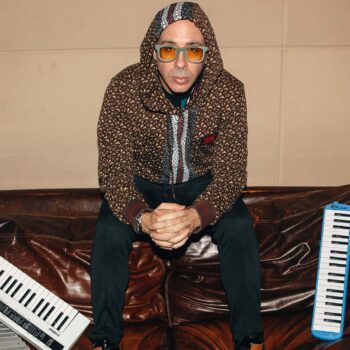