Kylie Jenner Reveals Name of Her Son, Fans Say It’s Slang for ‘My Penis’ in Arabic 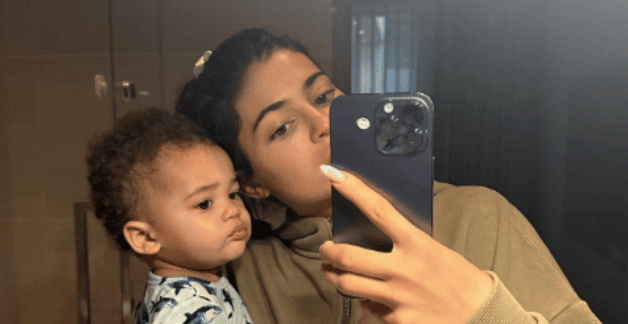 *Kylie Jenner announced her 11-month-old son’s name on Saturday and also shared an image of her second child for the first time.

The Kylie Cosmetics founder revealed her baby boy’s name is “Aire,” and many fans were quick to point out that it means “penis” in Arabic. As reported by Page Six, one Twitter user noted that Aire is a “common” slang word for “my penis.”

“God help her if she comes to the Middle East,” another person wrote.

Jenner revealed her second child’s name via Instagram, and the baby’s aunt Khloé Kardashian called him “young king” in the comments section.

Kylie told fans on Snapchat how to correctly pronounce her son’s name. When the KylieSnapchat account asked, “Do you think it’s pronounced air or airey?” Jenner responded, “AIR” alongside with a heart emoji, PEOPLE reports.

Kylie shares Aire and 4-year-old daughter Stormi with her on-again, off-again boyfriend, rapper Travis Scott. They originally named their son Wolf but weeks after his birth announced that they decided to change it.

“We just really didn’t feel like it was him. Just wanted to share because I keep seeing Wolf everywhere,” Jenner wrote on her Instagram Story in March 2022.

The post Kylie Jenner Reveals Name of Her Son, Fans Say It’s Slang for ‘My Penis’ in Arabic appeared first on EURweb.